« Wealthy Not Necessarily Blocked from Social Security | Main | What If a Person Doesn’t Want to Be Saved? »

The University of Wisconsin recently announced a study that links three possible indicators of early signs of Alzheimer's disease, according to the Washington Post in "Hearing loss, diminished verbal fluency and hospitalizations can signal cognitive decline and Alzheimer’s disease, studies find."

The study tracked 783 people who had signed up for an Alzheimer's prevention program, because they had family who got the disease.

What did the researchers discover?

Those who suffered from a loss of hearing were more likely to become cognitively impaired.

They also found that people who suffered from slight losses in verbal communication skills were more likely to become cognitively impaired. These were people whose language became less sophisticated and specific, and people who took longer to express the same thoughts than they previously did.

They also found that people who began to need hospitalization in emergency situations more frequently, were more likely to become cognitively impaired.

This study could be an important step in discovering how to diagnose Alzheimer's and other forms of dementia, as early as possible. 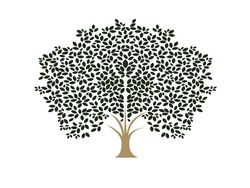